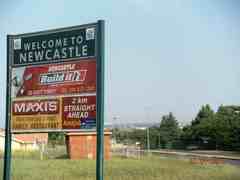 More than 200 workers dismissed by Newcastle Local Municipality almost three years ago were given their jobs back on Monday when a court ruled that their dismissals were unfair.

The workers were fired in November 2019 following clashes with then-mayor Dr Ntuthuko Mahlaba, who is now the ANC treasurer in KwaZulu-Natal.

They had gone on strike over a delay in salary payments.

On Monday the Labour Court in Durban ruled that their dismissals were unlawful.

This ruling clears the path for the municipal employees to return to work on 1 October as the municipality said it would not appeal the ruling.

Xolani Shinga of the South African Municipal Workers Union (SAMWU) said the workers will also receive back pay from the date they were dismissed. The municipality will also pay 36 months’ worth of pension contributions on their behalf.

Shinga said many of the workers have lost marriages, and houses and vehicles have been repossessed as they could not keep up with the repayments.

Thulani Mkhize said he was happy to be going back to work after two years of being unemployed. “It’s good that I’ll be able to put food on the table for my family,” he said.

Shinga said: “It has been the considered view of the union that whenever there are disagreements between municipal management and workers, municipalities in KZN have always resorted to dismissing workers instead of dealing with issues amicably and in the interest of service delivery.”

He said they would be launching a legal battle to overturn the dismissals of workers in King Cetshwayo and Ugu.