Bafana to play the game on the field for a change 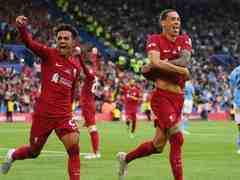 PICK OF THE SPORT: Bafana Bafana will have to turn their attention away from all the off-field drama and focus on matters on the pitch this weekend.

➤ The South African national football team are no strangers to drama and this week has been no different, from being unable to train on Monday to Hugo Broos claiming the local football association lacks professionalism.

Bafana were unable to train on Monday as the South African Football Association (Safa) had not booked the field for the squad.

However the boys in green and yellow will have to put that behind them when they take on Sierra Leone this Saturday.

Much to Broos’ anger their opponents are of a lower rank, but Bafana’s players can only play what is in front of them.

While it is not expected to be a walkover for Bafana, the hosts are the favourites heading into the fixture at the FNB Stadium in Soweto.

The game is set for kickoff at 3pm on Saturday afternoon and can be watched live on DStv channel 202 as well as SABC.

➤ “We are training for a five pointer.” This is the commitment from Jacques Nienaber as the Springboks prepare to play the last match of the Rugby Championships against Argentina on Saturday afternoon.

The championship is still wide open as all the teams still stand a theoretical chance of winning, although the Springboks and the Kiwis are the main contenders. Fortunately for South Africa, New Zealand play Australia early on Saturday morning (SA time) which means the Springboks will know exactly what they have to do to win overall.

It will almost certainly come down to bonus points and may even hinge on points difference. That’s how close it is!

Both fixtures can be watched live on DStv channels 201 and 211.

➤ With it being the football international break, the Uefa Nations League is back with some mouthwatering match-ups over the weekend.

The standout fixture is a repeat of the European Championship 2020 final between England and Italy. The clash is set to kick off at 8.45pm on Friday night.

The other fixture to look out for is the meeting between Belgium and Netherlands. The two equally matched sides both have a point to prove before the World Cup begins in Qatar this November.

The Belgium vs Netherlands fixture is set to kickoff at 8.45pm on Sunday night.

All the Uefa Nations League matches can be watched live on DStv channel 203.