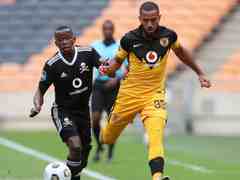 Extra Time: Chippa United’s Siviwe Mpengesi needs to take a good look at himself in the mirror and ask why he got involved in football in the first place, says Menzi Magubane.

It is clear that Siviwe Mpengesi ventured into the wrong kind of business. He is clueless about the game and doesn’t respect his employees – especially the coaches.

I think those who feel that Chippa United’s owner needs to get into the hot seat and coach his club himself, are spot on.

After ten years in the football business Mpengesi has hired and fired over 30 coaches which is a record in local football. Is he trying to tell us that none of those coaches were good enough for his club?

Maybe it is time for him to admit that the problem is with him and not the coaches. After sacking young, up and coming coach Daine Klate after just seven matches in the new DStv Premiership campaign, any possible manager shouldn’t expect to be around for any extended period.

In fact they are likely to turn up for the job and the paycheck without investing at all in the club’s future.

Those who have been there are even warning others about the trigger-happy owner. Before Klate joined Chippa in July, Gavin Hunt said he had a talk with him and warned him about the club.

“I told him what he was getting himself into. I mean it’s disgraceful what happened to him,” said Hunt who lasted 10 matches last season before he was sacked.

“They were doing fine and the team was fighting. If you want to win games you must buy quality players and it’s sad for him,” said Hunt when asked by the media about Klate’s sacking.

Hunt won a number of league titles and trophies while Klate was still a player at SuperSport United.

Mpengesi however replied about the criticism he got after firing Klate. After all, he promised to give Klate more time and support than he ever gave other coaches.

“Klate worked a lot with Gavin Hunt, where there’s no positive football. They just park the bus and nothing else. Unfortunately here at Chippa we don’t do that,” he told FarPost.

Then why did you hire him if you knew that before? Perhaps you really should appoint yourself as coach and see how that goes.