Dark days are here again as Eskom backtracks on its promise 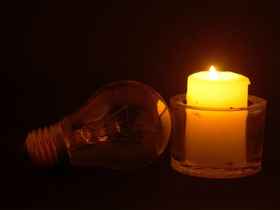 Load shedding is back – only two weeks after Eskom’s CEO met with President Cyril Ramaphosa and promised to suspend power cuts.

On Wednesday, the power utility announced that Stage 2 load shedding will be implemented on Wednesday and Thursday from 4pm to midnight.

Eskom says they have suffered a generation capacity shortage. The delays, they say, are due to servicing at Arnot, Koeberg and Kusile power stations. There are also unplanned outages at Camden, Medupi, Grootvlei, Hendrina and Majuba power stations.

“Some generation units are anticipated to return to service over the next few days,” Eskom promised in a statement.

Eskom CEO Andre de Ruyter told the media on 17 July that load shedding would be suspended after several units were expected to return to the grid.

“Towards the end of July, the risk will be significantly diminished once Koeberg 2 comes back to the grid. That’s about 920 megawatts that will bring a large measure of relief,” De Ruyter said.