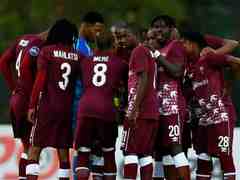 Earlier this year, Fifa imposed a transfer ban on Moroka Swallows after the club failed to pay their players’ wages.

It appears as if the Soweto outfit has not learned their lesson, however, after it was once again accused of not paying its players.

Many felt the two-year ban imposed by Fifa would be enough to steer the club in the right direction because, with a transfer embargo in place, they would be forced to use their money on the players they already had.

Now, however, the club has been accused of failing to honour payments to at least three players..

This development comes on the back of a poor start to the DStv Premiership campaign as the club is placed third from bottom with eight points from as many games.

These results led to coach Dylan Kerr being shown the exit door on Wednesday evening despite the club’s long suffering fans calling him “The Messiah” after he was roped in late last season to keep them up, which he did successfully.

Early this month Swallows were hit hard by Fifa’s ruling that unless full payment is made to two former players – Vladimir Mandić and Obren Čučković, they won’t be able to make any new signings.

The Serbians played for Swallows during the 2014/15 season under then owner Leon Prins, with Zeca Marques as the head coach – a campaign which ended with the Soweto club being relegated to the second tier.

“The players have been waiting for months for their pay. Some get paid half of what is due to them. We will wait for the date for our members and hopefully the ruling will be in our favour.”

Swallows FC CEO Sipho Xulu was angry with the Players’ Union for rushing to the media instead of trying to find a solution.

“Our financial crisis is well documented but what is bad is when you have the union rushing to leak internal information to the media,” said Xulu.