Nelson Mandela Bay has a new mayor – from the DA 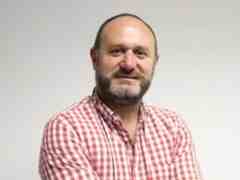 Following the fall of the ANC in Nelson Mandela Bay on Wednesday, the Democratic Alliance’s (DA) Retief Odendaal rose as the new mayor of the Eastern Cape-based metropolitan.

The ANC’s Eugene Johnson was mayor voted out in a dramatic vote of no confidence where the votes went against Johnson by 68 voters to 58.

Odendaal took the mayoral chains in the early hours of Thursday morning.

His election as mayor was supported by smaller parties including the ACDP, African Independent Congress, Abantu Integrity Movement, FF Plus, PAC and UDM.

Odendaal has served as a councillor in Nelson Mandela Bay since 2009. When the DA-led coalition dislodged the ANC from the metro, Odendaal was deployed as MMC for budget and treasury.

“He is just the best man for the job. I worked with him when I was still a mayor. He is professional and the right man to change the plight of many residents who are grappling with water shortages in Nelson Mandela Bay,” he said.

DA leader John Steenhuisen lauded the parties that voted the ANC mayor out of power.

He promised the residents of Nelson Mandela Bay that the newly-elected DA mayor would prioritise service delivery.