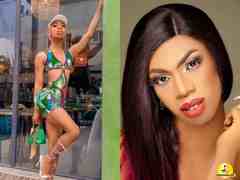 The Nigerian parliament has proposed a bill that would criminalise cross-dressing in the West African country.

If it is passed, those found guilty of the offence could spend up to six months in jail or face a fine of up to R20,000 in cash.

The bill is titled “A bill for an act to amend same sex marriage (Prohibition) act 2023 to prohibit cross dressing and other related matters”. It aims to amend the Same-Sex Marriage (Prohibition) Act (SSMPA) and defines cross-dressing as the “practice of wearing clothes usually worn by a person of the opposite sex”.

It was proposed by National Assembly member Muda Lawal Ulnar who has not explained his motivation. It was presented earlier this year and is expected to be amended in the coming weeks.

It’s yet to be seen whether the bill will be passed into law, but it nonetheless reflects the backtracking of LGBTQ+ rights in the country.

In 2014, the then President Goodluck Jonathan signed the SSMPA into law, criminalising Nigeria’s lesbian, gay, bisexual, transgender, and other members of the LGBTQ+ community.

“We are protecting humanity and family values. In fact, we are protecting civilisation in its entirety,” one of the supporters of the law, senator Ahmed Lawan, said at the time.

A transgender woman, Fola Francis, 28, told the BBC that the proposed amendment scares her.

“The cross-dressing bill is a very dangerous bill that is going to affect so many trans and non-binary people,” she said.

She added that even though the bill has not yet been passed, she had been threatened by her neighbours after they found out she was a trans woman.

“They found out I was trans through a video that went viral on social media. I had to leave my apartment a few months ago as I feared for my life,” she said.

Bobrisky, a transgender woman and one of the country’s most famous social media influencers, laughed the bill off as a pointless exercise in oppressing the queer community.

“The bill will help solve the country’s security problems and power shortages and improve Nigeria’s reputation abroad and reduce inflation,” she sarcastically tweeted.