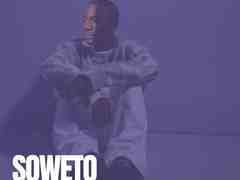 One of the recent trending songs on TikTok is “Soweto” by Nigerian Afrobeat singer and songwriter Anthony Victor, popularly known as Victony.

The song, named after one of the historic townships in Mzansi, has been used in more than 147 000 videos on TikTok.

The dance craze started a week ago. It has traveled to various countries with everyone doing the same quirky dance moves that will soon have you dancing along.

The song has gained attention with its instrumental whistle-like sounds.

Victony featured his producer Tempoe in the hit, which is song number six on his seven-track album Outlaw.

The album, which was released in June after the successful release of his Dark Times EP in 2021, has been shared on all streaming platforms.

The album was released by KVLT under exclusive license to Plug Entertainment.

Victony says the album is structured and layered with personal stories about love, life and lust.

“Being an Outlaw simply means being unapologetically you and we’re in a society where being yourself seems to be abnormal, so if being yourself is abnormal, then we’re outlaws,” tweeted the artist.

The 21-year-old beat maker told music news site OkayaAfrica that he was heavily influenced by artists like Drake and Kendrick Lamar.

“My first pro move was when I was 16. That was my first time in an actual studio to make music for people to consume. It was a very interesting experience and it happened right after secondary school,” he said.

It’s fair to say the whole album, not just the song “Soweto”, is a phenomenal work where Victony still proves his capability

Victony has in the past worked with big names like Burna Boy.

If you are into beautiful music, you will understand why the TikTokers love it.