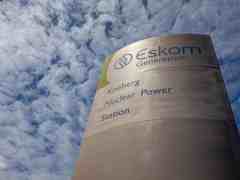 During the signing of the event in Centurion Mantashe admitted that loadshedding angered South Africans.

“If we can improve and make Eskom function optimally we will not have load shedding,” he said.

South Africa has been grappling with load shedding for many years and is currently on stage 5 load shedding, a notch down from stage 6 on Monday.

In an interview with NewzRoom Africa on Thursday Makgoba said they have come up with an ultimate answer that is going to resolve the issue of load shedding at Eskom and stabilise the energy crisis in the country.

Chairperson of the ailing Eskom board Professor Malegapuru Makgoba said that even with these IPPs coming on board it may take up to two years to rid the country of load shedding completely.

“It will happen but it will take time. Experts say it may take up to two years,” Makgoba, a medical doctor by profession, rubbished claims that the board was struggling to keep the power on because we’re not experienced in the energy field.

He said he had led many companies that have been successful.

The DA and EFF have called for a complete overhaul of the Eskom board led by Makgoba as chairperson.

The EFF charged that the crisis at the power utility was man-made.

However, Makgoba slammed critics, saying all hands were on deck to fix the crisis.

“Obviously, we are working in a bid to solve the issues,” said Makgoba.

President Cyril Ramaphosa cut short his international trip to the US and returned to the country. Yesterday, he was locked in a marathon meeting with ministers on how load shedding could be dealt with.

He is expected to address the nation once decisions have been made.