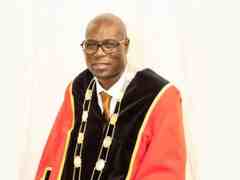 A mayor’s quick thinking and steady aim saved him from assassins who ambushed him and his bodyguard while he was on his way home.

Okhahlamba Mayor Vikizitha Mlotshwa was on his way home from a meeting on Sunday night when he encountered his attackers, who were waiting for him on the side of the road in Bergville.

When his car was shot at, Mlotshwa knew immediately that it was an attempt on his life.

He knew then that he couldn’t rely on his bodyguard to stay alive, so he pulled out his gun and started shooting back at the assassins’ car.

Mlotshwa told Scrolla.Africa that he is lucky to be alive and happy that he managed to fight back to save his life and that of his bodyguard Mbuzeni Mbunda, who had been shot in the stomach.

“I kept shooting at the car until their engine went off. They didn’t give up and my bodyguard was shot in the stomach while one bullet only hit my blazer. It was like a movie and I had to do everything to make sure I came out of there alive,” he said.

In April Mlotshwa was facing a vote of no confidence from the IFP, DA, ANC and NPA councillors.

They accused him of misusing R1.4 million for a Freedom Day event which they claim never took place.

Mlotshwa said he does not want to speculate about the incident because the suspects are already in hospital and they are the ones who will be able to explain their motive in court.

This is the third time Mlotshwa has survived a shooting while on his way home.

In all of these incidents he has never been touched by a bullet – but his vehicles always seem to be left covered with bullet holes.

KwaZulu-Natal police spokesperson Constable Thenjiwe Ngcobo said Lieutenant Colonel Nqobile Gwala said that a case of attempted murder was reported at Bergville SAPS for investigation after a shooting occurred between the mayor, his bodyguards and unknown men.

Hwala confirmed that a 54-year-old man sustained a gunshot wound. “The matter is still under investigation,” said Gwala.