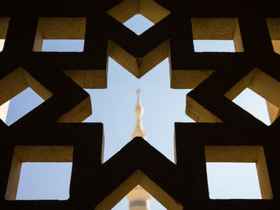 The Shari’ah Compliant Arrangement has been developed with expert guidance from leading Islamic scholars.

Firoze Bhorat, Chief Marketing Officer at Discovery, said: “After engaging closely with the Council for Medical Schemes, we’re excited to bring this innovation to market, effectively broadening access to medical scheme products to the Muslim community. The absence of such arrangements historically left many of the Muslim community uninsured, and we’re proud to be addressing this gap.”

Existing DHMS members can change their plan “within minutes” to be in line with Shari’ah principles, without any changes to their benefits or limits. This seamless process can be done either through an accredited financial adviser, or alternatively on the Discovery app or on the Discovery website any time.

Farzana Baba, Head of Health Product Development at Discovery Health, said the Shari’ah Compliant Arrangement was developed with all Shari’ah guiding principles and ethics – including the Shari’ah Law regarding the prohibition of interest.

“Participating members also have the assurance that their contributions, and balances remaining after the settlement of claims and other relevant expenditure will be invested, in conformance with Shari’ah principles,” he said.

The company says the DHMS Shari’ah Compliant Arrangement will be audited by leading Islamic scholars who also serve on Shari’ah boards both locally and internationally.

Leading Shari’ah Scholar and member of the Independent Shari’ah Advisory Committee, Mufti Ahmed Suliman, says: “Shari’ah compliant financial arrangements must meet the requirements found in Islamic Commercial Law and the broad principles of Islam and we have ensured that the model used to create this arrangement for Discovery Health Medical Scheme, is compliant and based on Takaful principles.”