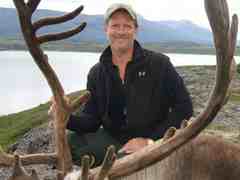 An American dentist has been found guilty of murdering his wife whilst the couple was on a big game hunting trip in Zambia.

On Monday a US jury found that Lawrence Rudolph, 67, killed his wife Bianca with a shotgun and afterwards cashed in around R80 million in life insurance benefits, as per CNN.

Both enthusiasts of big game hunting, the couple travelled in September 2016 to the Kafue National Park, which is home to hippos, cheetahs and lions, among other animals. But the one Bianca was hoping to see – and kill – was a leopard.

However, on the night of 11 October, she found herself on the wrong side of the trigger, and was killed when the couple’s Browning 12-gauge shotgun went off in their cabin.

Lawrence maintained that he was in the bathroom when he heard the shotgun go off, and believes that the shell was fired accidentally while Bianca was packing it away. He also suggested to investigators that she may have committed suicide.

However, forensic evidence shown during Lawrence’s trial proved that Bianca was two feet (0.6 metres) away from the gun when it was fired.

Lawrence’s behaviour in the months following his wife’s death also roused suspicion. He scheduled a cremation just three days after her death. The consular chief at the US Embassy in the Zambian capital of Lusaka found this strange, and told FBI investigators he had a bad feeling about the situation.

However, investigators for both Zambian authorities and Lawrence’s insurance companies ruled the death to be accidental, and he received more than $4.8 million (R80 million) in payouts.

American federal investigators began looking into the case when a friend of Bianca’s told them she thought Lawrence had murdered her so he could start a new life with his girlfriend.

It emerged that he had been having an affair with Lori Milliron, a manager at his dental practice. This wasn’t just a summer fling either. She told a former employee that she had been involved with Lawrence for between 15 and 20 years.

And it didn’t take long for Lori and Lawrence to shack up together after Bianca’s death, moving in together just three months after her death.

When Lawrence was brought to trial, Lori was also tried and found guilty of being an accessory after the fact to murder, obstructing justice and committing perjury based on her testimony before a grand jury.

After he was found guilty of her murder, US attorney Cole Finegan said, “Bianca Rudolph deserved justice.”