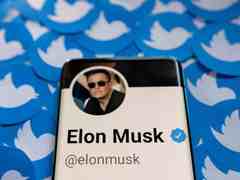 Shareholders have approved a deal for Elon Musk to buy Twitter for R768 billion despite the Tesla boss retracting his offer.

The approval means Twitter will now force the South African-born businessman to purchase the company through the court.

Twitter claimed Musk could not pull out of the deal and approved the figure in an attempt to force him to purchase the social media platform.

The shareholders took the decision in a short conference call with investors from the San Francisco headquarters.

In April this year Twitter agreed to sell the social media platform to Musk in a R768 billion deal.

But the agreement went sour after Musk claimed he was being misled by Twitter regarding the number of bot and spam accounts on the platform.

Twitter said fewer than 5% of its monetizable daily active users are bots. Musk claims that the percentage is in fact much higher.

Twitter is said to be valued at R558 billion which is significantly lower than the R768 billion offer from Musk.

The two parties are set to meet in court in Delaware, US in October. The hearing will have a judge decide whether Musk must buy Twitter or not.

Twitter whistle-blower Peiter Zatko told the US Senate last week that the platform had security flaws.

He admitted to American lawmakers that Twitter was misleading the public about the security of the platform.

The former head of security for the platform claimed the company was a decade behind in terms of its security.

Zatko was in agreement with Musk that Twitter had more bot accounts on the site than they admitted in court.

The court agreed Musk could use Zatko’s testimony as part of his argument.