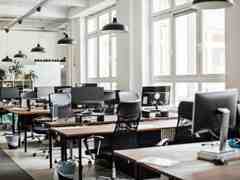 Working one day less for the same amount of money sounds like a crazy dream but it could soon become a reality in South Africa.

A group of South African organisations are looking for a “pioneer pilot” in 2023 where employees will work four days a week for the same amount of pay.

The companies involved agree with the growing research that workers can still deliver the same amount of work in less time, which in turn will also save the company money.

Four day weeks have been tried all over the world.

In the United Kingdom 70 companies are taking part in the trial and already 86% of those involved said they plan to keep the four day schedule when the trial comes to an end.

The majority of the companies reported the same positives from the study which are happier people, better output and lower costs. A win-win for everyone involved.

“This is not actually rocket science,” Andrew Barnes, author of the book, The 4 Day Week, told a launch webinar, Business Insider reported.

“If you have a more engaged, more empowered, more focused workforce, they will deliver more output than one that isn’t.”

Barnes added that the idea could especially work in South Africa due to the electricity shortages experienced nationwide.

He added that work could be squeezed into less time so that “when load shedding hits, you’ve actually made up for that time”.

Another theory from the four day work week is that it could ease unemployment as companies could use the money they save to hire more staff – which in turn allows the business to expand.

The trial is set to start in South Africa next February but the sign up deadline to be a part of the trial is in October.

Barnes explained the trick to working hours during the trial is to not overcomplicate the issue.

“If you overthink it, if you try to solve all the problems among top executives, what you’ll find is you talk yourself out of it,” he said.